Kintaro-ame culture must be killed off

In our report of August 2015 it was made clear that “NO corporate governance code is perfect.”  However, the emphasis was that corporates needed to focus on the quality of independent directors rather than submit to a quantitative box ticking exercise when it came to complying with the new corporate governance code (The Code). While the Tokyo Stock Exchange (JPX) can be rightfully pleased with the progress of compliance by listed entities, when looking through the data, there appears a concerted effort by corporates to employ independent directors with a bent on not upsetting the status quo. That would appear at odds with the spirit of The Code.We have been fortunate to spend ample time with the Financial Services Agency (FSA) and JPX discussing the potential revisions to The Code. We have put forward three suggestions. 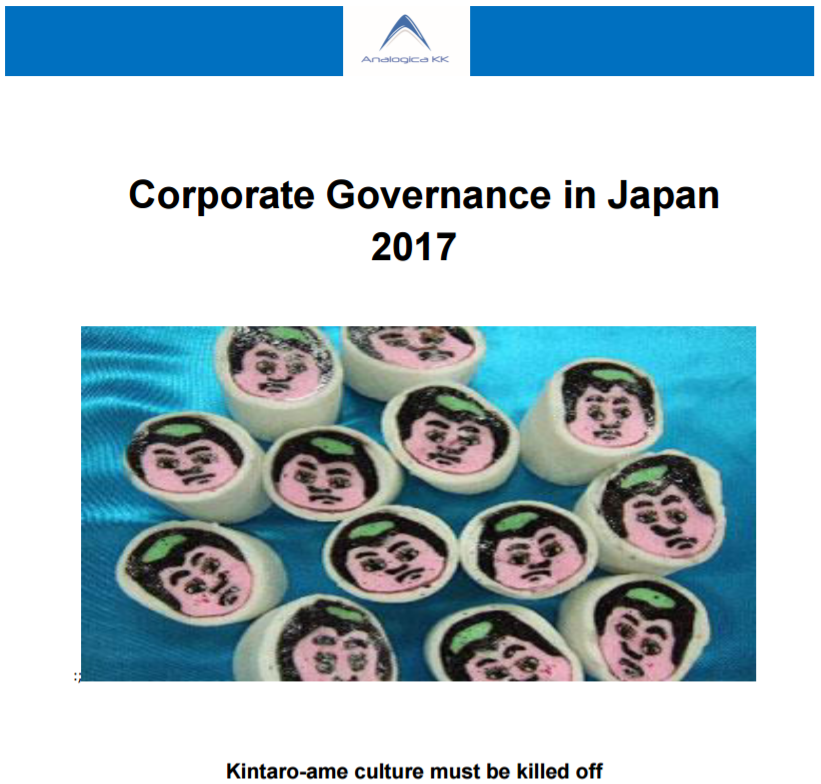 The campaign poster above is from Yubari City in Hokkaido – “No money but love.” Yubari is notable for five things. First, it is the region that produces Japan’s most expensive melons, the type you see beautifully encased in a satin-lined pine box with a price label of US$200. Second, it had to declare bankruptcy in 2007. Third, its population has fallen from 117,000 in the 1960s to around 21,000 in the 1990s to less than 8,900 today, falling 19% in the last 5 years alone. Fourth, the average age of the city’s residents is set to hit 65 by 2020. Fifth, taxable income continues to fall with estimates that government coffers will swell by a woozy 25% of the levels seen 20 years ago. 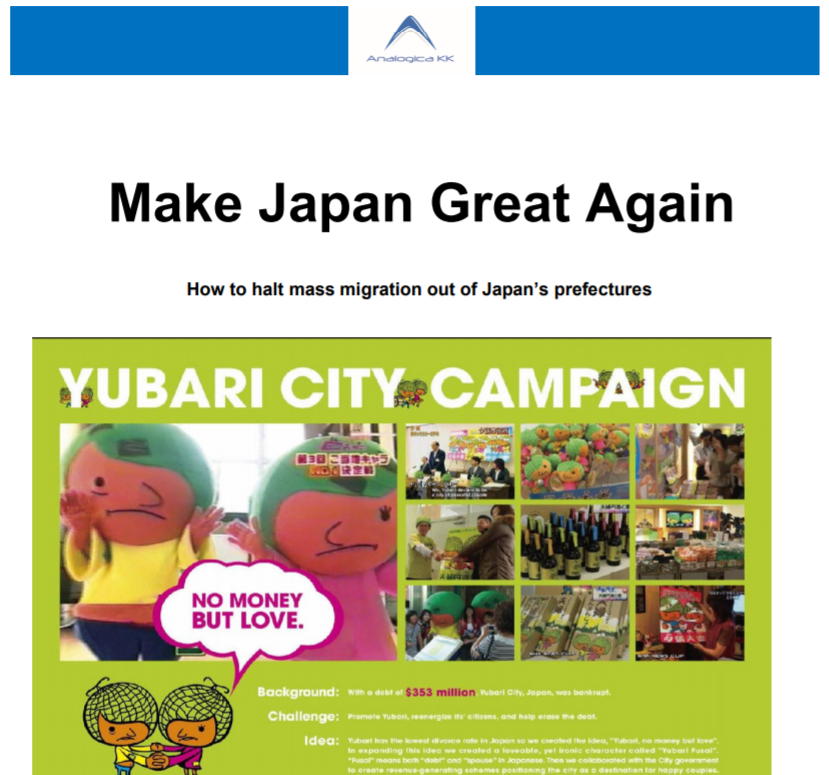 Six years after the Great East Japan Disaster we visited the devastated towns that were all but wiped out by the tsunami that followed the M9.0 earthquake. Some 16,000 lives were lost and another 2,600 missing due to the events of March 11, 2011 according the Reconstruction Agency. More than 60% of casualties were over 60 years old. Over 400,000 homes were heavily damaged or destroyed. 726,000 homes were partially damaged. 470,000 people were evacuated from their homes. As of July 2016, the number of evacuees has decreased to less than 150,000 people, among 50,000 are still in temporary housing. We look at the changes in 2017. 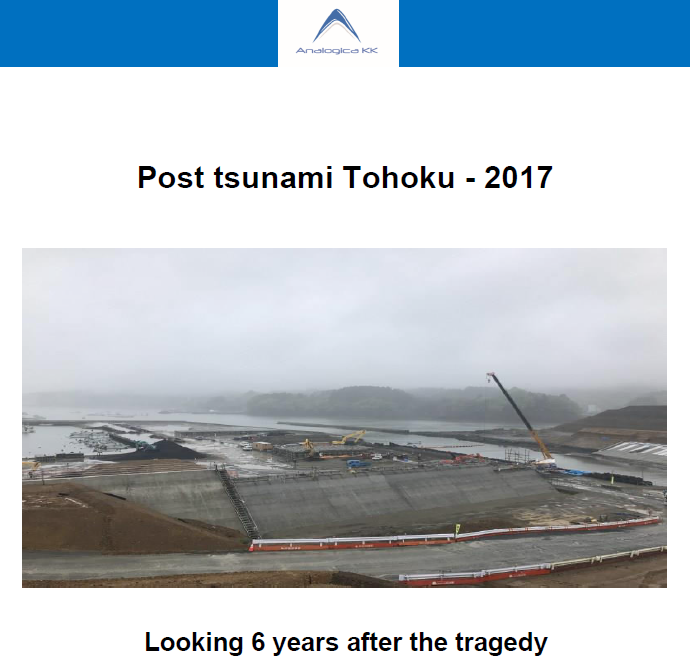 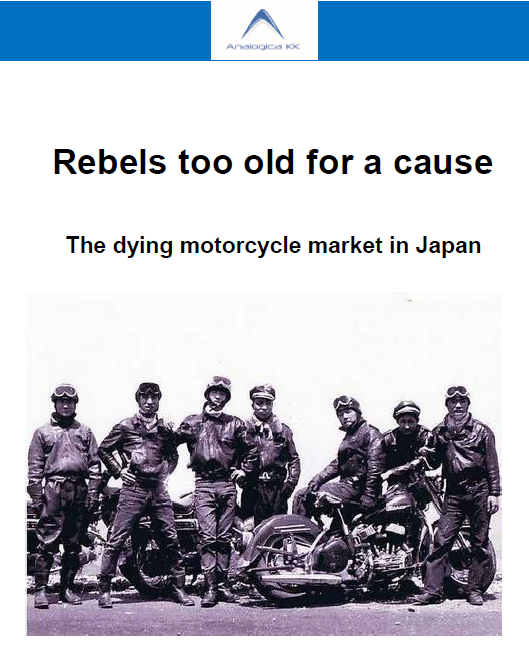 The average age of motorcyclists in Japan is 53 years old and continuing to climb as younger riders looking to obtain new licenses continues to drift. Between 2010 and 2016 the Japanese National Police Agency (JNPA) noted that large capacity motorcycle license holders (ogata – classified as 400cc+) have fallen by nearly 1,500,000. While mid-size (chugata – classified as below 400cc) have risen around 715,000. Female riders have shown a similar pattern of 178,000 fall in ogata licenses and 147,000 increase in chugata respectively. While there are still 9.175mn men and 625,000 women willing to get out on the highway with large capacity bikes, the trend is alarming. More frighteningly, new graduates aren’t lining up either. 30,000 fewer students lined up to get a mid or large size bike license between 2014 and 2016 representing a 12.3% dip.

Why we can ignore UK & France for EV adoption date

It isn't a big surprise to see national governments virtue signal over climate abatement. The UK swiftly followed French plans to ban the sale of petrol/diesel cars from 2040. However, let's get real. Government proactivity on climate change may appear serious but the activities of the auto industry are generally a far better indicator of their lobby power. As a car analyst at the turn of the century, how the excitement of alternatives to internal combustion engines was all the rage. Completely pie in the sky assumptions about adoption rates. In 1999 industry experts said that by 2010 electric vehicles (EV) would be 10% of all units sold. Scroll forward to 2017 and they are near as makes no difference 1% of total vehicle sales. 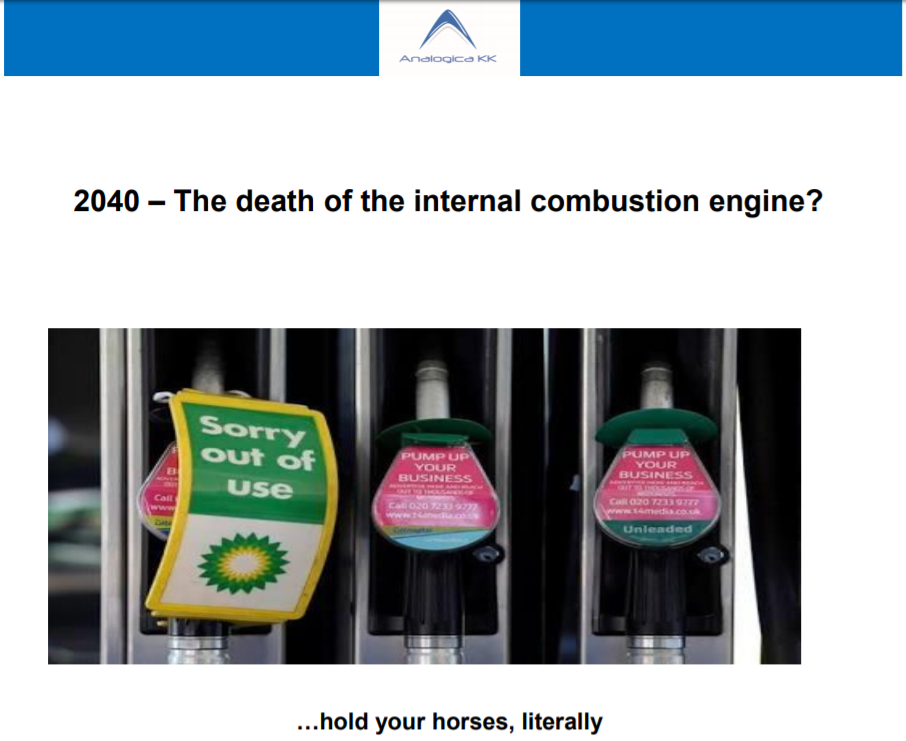 Think through the logic. China does not want to lose the strategic buffer North Korea provides. Beijing doesn’t want US friendly forces right on its border. How to make a bad situation work for China? Bite the bullet and effectively install a protectorate in North Korea. Kim Jong Un has been brazenly telling the world to shove its diplomacy thinking the decades old practice of threats will keep on working. He’s wrong. China has an effective carte blanche to fill the geopolitical void and the world will not shed a tear over North Korea by China doing so. Rarely is the opportunity to install a puppet given a green light.